Grrrrrrrrr. I see red e everywhere and the resonance tonnes and tonnes of correction work and still those copies remain to fill.with red colour.

Kids have done badly and who is to be blamed . . The teacher
Well the battle is still  on. Woke up at four to complete the backlog and Stillll . . .

Science Balya vigyan is  knocking on the door and that has to be supervised as well. There is the spl   assembly of janamashtami coming up and we have to prepare for that as well.

Posted by Shovona at 5:27 PM No comments:

A few daus back our schoo l celebrated tenth birthday.....Naturally all of the school rejoiced.

There was a special assembly wherein a few older tea hers were never called on stage and were asked to recall special moments. There were a plethora of activities

An ibus  drive for class eighth . Indore has a new toy in town called tge bus which covers the AB road and this was travelled by tge students of classes eighth.

There were a special nukkad  natak in which I had helped write upthe script. It was about tge effects of the pollution caused due to vehicles . . And tge reasons why Indore should adopt the I bus.

Being the Go green club in charge we planted a few saplings. . It was a pleasant experience. There were a variety of kids. . Right from pre nursery to class X th
There were twelve saplings altogether. We have planted them where the students were complaining of tge excessive heat of.the sun during the summer months. The event was enjoyed by many students of primary and primary wing.. All in all it was a joyous occasion. 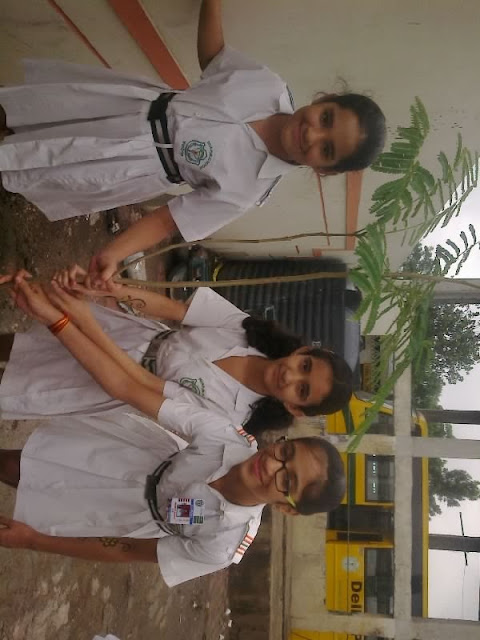 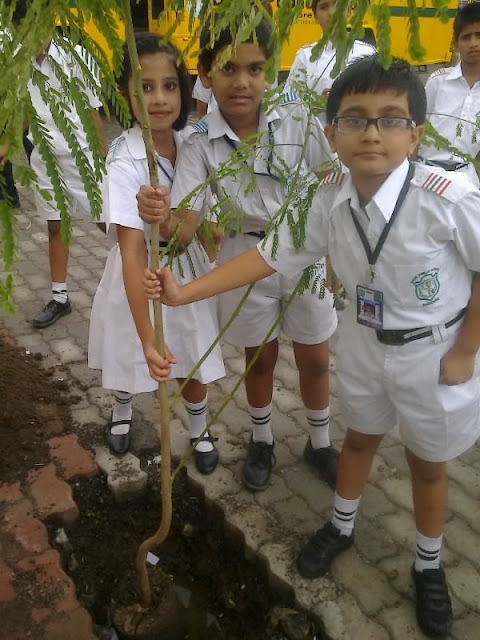